Posted on by admin

The much anticipated ISO 45001 standard has been delayed following members of the ISO committee voting to ‘disapprove’ the first draft. In order to get past the DIS (Draft International Standard) stage, you need to have two thirds of the committee giving it the thumbs up and less than one quarter voting against. In the recent ballot 71% were in favour, 28% against and 1% abstained, therefore the draft was not accepted and did not gain approval.
During the vote, over 3000 comments were made by members for consideration. The technical committee will now draft DIS2 for further consideration and ballot.
It now looks very likely that the official publication of the ISO 45001 standard will be delayed from 4th Quarter of 2016 to approximately 1st Quarter of 2017.

iPS PAKISTAN proudly conducted the first ever batch of 5-days’ International Register of Certificated Auditors (IRCA) approved ISO 9001:2008 Quality Management System Lead Auditor Course (A17852) in the Southwestern province (Balochistan) of Pakistan. Course was featured by the participation of Healthcare and Hospital Management professionals of Defense sector. It was a wonderful experience with such a forum of seasoned management system practitioners for making this course possible and successful. Thanking you all.

iPS PAKISTAN proudly conducted the first batch of 5-days’ International Register of Certificated Auditors (IRCA) approved ISO 50001:2011 Energy Management System Lead Auditor Course (A17622) in Pakistan. Course was featured by the participation of HSE and Energy professionals from renowned public and private sector enterprises. It was a wonderful experience with such a forum of multi-professional delegates for making this course possible and successful. Thanking you all.

After 3 years of “Evolutionary rather than a Revolutionary” revision process, the ISO’s flagship standard, ISO 9001 is ready for 1.1 million certified organisations and more than 100,000 certified auditors world wide.

Approaching its 20 years of existence, ISO 14001 just got its latest transformation of 2015, all set to demonstrate its relevance for 20 years more.

This latest version of the world’s most popular management system standard includes a number of significant changes that will affect all businesses using the standard.

Those concerned with establishing, implementing and/or managing a QMS based on ISO 9001:2015 or who audit against it will also face new challenges. From looking at risk differently to identifying new evidence sources, ISO 9001:2015 requires auditors to gain new knowledge, skills and to understanding to assess a modern Annex SL-based management system.

All IRCA certificated QMS auditors will need to complete transition training on or before 1 September 2018.

This latest version of the world’s most popular environmental management system standard incorporates a number of changes related to the adoption of Annex SL, as well as those arising from the need to update the environmental-specific content.

All IRCA certificated EMS auditors will need to complete transition training by 1 September 2018.

In India, 200,000 packs of Meggie Noodles have been recalled as the tests showed high level of lead and flavour enhancers (MSG) contamination.

Update of Final Drafting Meeting for 9001 in Vilnius, Lithuania in March 2015

Final Draft International Standard (FDIS) is expected at the beginning of July, with publication of the standard itself scheduled for the end of September 2015.

A key discussion at the meeting was whether ISO 9000 should be restored as a normative reference and all terms and definitions removed from ISO 9001. Indications from users suggested that including terms and definitions made ISO 9001 difficult to use: they have therefore now been removed entirely and ISO 9000 – which should publish simultaneously – is referenced.

Countdown begins as the voting has begun on draft ISO 45001, which sets the requirements for an occupational health and safety management system.

ISO 45001 is currently at the committee draft stage of development, the first consultation phase. During this stage, the countries (ISO members) that have chosen to participate in the standard’s development within 2 months.

A strong occupational health and safety management system can bring these numbers down by reducing accidents and ill health linked to the workplace. This will in turn create a positive corporate culture as employees feel their needs and safety are being taken into account. It can also help organizations to avoid costly prosecutions and might even reduce insurance costs.

ISO 45001 is being developed by ISO project committee ISO/PC 283, Occupational health and safety management systems. The Secretariat is currently held by the ISO member for the United Kingdom, BSI (the publisher and author of BS OHSAS 18001).

The Third United Nations World Conference on Disaster Risk Reduction will be held from 14 to 18 March 2015 in Sendai City, Miyagi Prefecture, Japan.

The Third UN World Conference on Disaster Risk Reduction and its preparatory process welcome the participation and contributions of all relevant stakeholders, including governments, parliaments, civil society, the International Red Cross and Red Crescent Movement, non-governmental organizations, national platforms for disaster risk reduction, focal points for the Hyogo Framework for Action, local government representatives, scientific institutions and the private sector, as well as organizations of the United Nations system and intergovernmental organisations.

It is estimated that more than 90 % of the world’s businesses are small and medium-sized enterprises (SMEs). SMEs are, on average, the businesses that are generating growth, creating jobs, growing faster and innovating more. But most of all, they are a good deal less complicated (structurally) and more efficient and flexible than are large firms. World Bank research across the world’s economies has estimated that SMEs consistently form around 95 % of existing businesses and employ approximately 60 % of private-sector workers. They are also believed to contribute about 50 % to world gross value add (GVA).

Within the cycle of business births and deaths, SMEs expose incumbents to competition and innovation that force them to change and become more productive.

Standards in the Making

ISO 9001, the world’s leading quality management standard, is under revision, with an updated version due by the end of 2015.

ISO 9001 is currently at the Final Draft International Stage (FDIS), the fifth stage of a six stage process, whereby the ISO subcommittee revising the standard will now go through all the comments received during the DIS vote in order to produce a final draft which will then be put forward to all ISO members for voting. Once all comments have been considered a final draft will be produced and put forward to ISO members for voting.

The revision of ISO 14001, one of ISO’s most widely used standards, is now open for public comment (DIS stage), with an updated version due by the end of 2015.

ISO 14001 is currently at the Draft International Stage (DIS), the fourth stage of a six stage process, whereby any anyone who is interested can submit feedback to the experts on the technical committee that is revising the standard. Once all comments have been considered and the draft is approved, it will move into the Final Draft International Standard (FDIS) stage before publication.

ISO 45001, which sets requirements for occupational health and safety management systems, has now reached Committee Draft stage. This draft standard, inspired by the well-known OHSAS 18001, is designed to help companies and organizations around the world ensure the health and safety of the people who work for them.

ISO has published a set of guidance documents for health informatics designed to help strengthen national health information systems. Developed by standards experts from all over the world, ISO/TR 14639, Health informatics – Capacity-based eHealth architecture roadmap, offers best practice on the implementation and use of information and communications technology as well as a framework for health authorities to use when building their own eHealth architectures – ensuring their country is fighting fit !

THE AGE OF CLOUD

ISO/IEC 27018 is based on existing information security standards ISO/IEC 27001 and ISO/IEC 27002. The combination of a common set of controls objectives, controls and guidelines based on ISO/IEC 27002, and additional cloud-specific control objectives and controls, helps govern the processing of personal data in the cloud.

International Anti-Corruption Day is an opportunity for the United Nations to keep the momentum on anti-corruption going, particularly by raising awareness, bringing various stakeholders together to commemorate the day, and engaging in national dialogue and consultations. The event has been observed annually since the passage of the United Nations Convention against Corruption on 31 October 2003. ISO 37001 is on its way.

The Energy Savings Opportunity Scheme (ESOS) is a mandatory energy assessment and energy saving identification scheme for large undertakings (and their corporate groups). The scheme applies throughout the UK. ESOS Energy Audits have the potential to increase businesses profitability and competitiveness by identifying cost-effective savings which, if implemented, will improve energy efficiency. The scheme is estimated to lead to £1.6bn net benefits to the UK, with the majority of these being directly felt by businesses as a result of energy savings.

ESOS is the UK Government’s approach to transposition of Article 8(4) of the EU Energy Efficiency Directive, which requires all large (non-SME) enterprises undertake energy audits by 5 December 2015 and every 4 years thereafter.

IPS contributes to 25% to the total number of IRCA approved QMS Lead Auditor Course student produced in the calendar year of 2013. (Source: IRCA)

IPS Pakistan is one of the 5 IRCA approved training organizations and the only non-certification & non-inspection body in Pakistan that are offering IRCA Approved Lead Auditor Course on ISO 50001 Energy Management System (A17622). 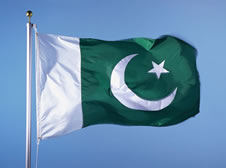 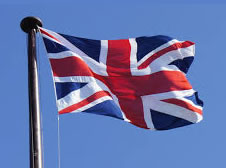 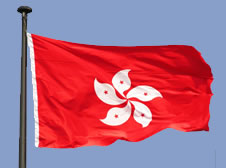